Huge apologies for not being around. I’m still busy moving house, and my brain is fried with a bunch of things. But I keep thinking about all the things I want to write on here… then don’t get around to doing it. Lame, I know. 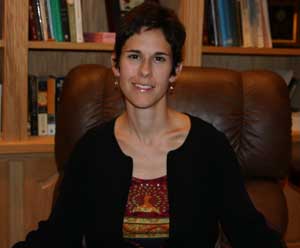 I’ll be back really soon. But today, Sherri Cook Woosley is visiting DayByDayWriter with a great guest post about the top three rookie mistakes writers make most often.

Sherri is the editor of The Coffee House Fiction 2009 Anthology and The Fifteenth Dame Lisbet Throckmorton Anthology, 2010. She has an M.A. in English literature from University of Maryland.  She wrote academic articles in the field of comparative mythology before switching to fiction writing.  Her stories have been published in ZoneMom, Mount Zion Fiction Review, and New Lines from the Old Line State. She accepts editing work through www.coffeehousefiction.com. Check out this video of Sherri reading the winning story.

Thank you to Sherri for being here today. Let’s all give Sherri a big round of applause: clap clap clap!!!

Plus, Sherri’s giving away  a copy of The Coffee House Fiction 2009 Anthology to a lucky commenter from this page. So make sure you leave a comment!

Here’s her post about the writers three rookie mistakes:

I’ve been chief editor at Coffee House Fiction for over six years now, which means that I’ve read a lot of contest entries.  Read the following list and make sure these rookie mistakes don’t tank your chances to win a writing contest or see your short story in print.

The Reason: Author thinks his or her entry will stand out if told from an unexpected source.

Worst Offenders:  A story told from a parrot’s POV.  I wanted to stop halfway through when the narrator (bird) called 911.  Really?  With its beak?  Did it know to press the ‘talk’ button first or was the phone on the wall?   Another story was written as if a horseback riding saddle was telling the story. Hard for a master storyteller to pull off, impossible for a novice.

The Fix:  POV should be a conscious decision.  Who is the best person to tell the story?  Who was the most affected by the events?  Finally, who has a decision to make?  It is much more vital when the audience experiences with a character rather than hearing about it from someone else.  A short story is also not the place to use multiple points of view.  There just isn’t time for the reader to connect with different narrators.  Instead, pick from classic choices like first-person, third-person limited, omniscient third, and stick with it.

2.       The Mistake: Neglecting the story for purple prose or over-description

The Reason:  The writer is infatuated with the writing and his or her own arabesque creation.

Worst Offenders:  “In a teary-eyed nostalgia, he wistfully recalled the halcyon days of his youth when, with an innocent eye rapturously fixed upon an idealistic mark, the ardent romantic had defiantly stood upon desks and dismissively ripped up texts, had passionately promoted Dead Sappo Societies and dramatically….” (the sentence goes on for a total of 61 words).

The Fix: The story is the first priority.  It may take several drafts before the writer knows what is trying to come out.  That’s fine.  But, once a writer knows, he or she must work to make the story as clear and clean as possible.  It doesn’t make you look smarter to use big words.  Nor should descriptive passages be in the story for their own sake; they must add to the story.

The Reason: Author is telling the story in chronological order, the way it happened

Worst Offender: We met in first grade when we exchanged friendship bracelets, etc…

The Fix: If this is what you need in the first drafts, that’s fine.  But, then you need to find the actual start of the conflict/resulting choice, the meat of the story.  Love this description:  an egg is rolling across a table.  The story starts at the exact moment the egg reaches the edge and hovers before falling.  The friendship bracelet image from the example can go into the story, but as background once the *real* story is underway so that instead of ending with a short story trying to span fifteen years, you have action over a twenty-four time period with a clear conflict and resolution.

I remember my pastor once telling a story about a bank president who was unmatched at catching counterfeit bills.  When asked, the president said he didn’t try to learn all the different feels of counterfeit bills; instead, he always handled real money so that anything else felt wrong.

Reading about rookie errors is helpful, but don’t write trying to avoid mistakes.  Go for the real deal and get the entire first draft out before editing yourself. Read the winning stories of contests, like the anthology, The Fifteenth Dame Lisbet Throckmorton Anthology, 2010, read stories published online, or go to your library and read literary magazines or journals (except Playboy;  I’m not authorizing you to read it for the fiction!).

Do you have any examples of rookie mistakes from your first stories?